For many years I have enjoyed teaching people how to use natural medicines to support their health and the health of their families. Over time it has become easier if we could put together a small kit of useful remedies so that whenever someone in the family is ill they could quickly and easily access what they need. So what would you include in a natural medicine kit?

Each family or individual will have different needs based on what they tend to be prone to in terms of illness so you may want to pick and choose from this list to put together the best options for you. Ideally you want to include support for stomach upsets, coughs and colds and common injuries.

For those families who are adventurous or simply more accident prone then it is important that you include some remedies for bumps, bruises and sprains. In this group usually we would include some homeopathic medicines as well as some topical creams for quick relief.

Bumps and bruises respond well to Arnica, ideally internally as a homeopathic medicine in the form of tablets or small pills plus as a topical cream or gel (which absorbs quickly). Arnica is useful for reducing bruising and swelling and would work well given shortly after the injury. Dosing for acute injuries usually needs to be 3-5 times daily to minimise the extent of bruising or swelling.

If the individual has sprained an ankle or wrist then start with the Arnica to minimise the swelling and follow up with Rhus Tox or Ruta homeopathically. Rhus Tox is better indicated for sprains where initially they are stiff but once they start moving they tend to have less pain. Generally I would recommend start with Rhus Tox three to four times a day and then switch to Ruta if you don’t get good improvement after two to three days.

Another cream that is useful to include is one based on Calendula for scratches and cuts. Weleda make creams with a beautiful texture and they are easy to apply. Don’t use a Calendula based cream on an open sore but use it after its sealed to improve healing.

Generally the ideal is to gently support the immune system to ensure that it can respond to the bug. Naturopathically high dose Vitamin C and Zinc can be a good start and then depending on its location then further support may be needed. Dosing with Vitamin C its preferable to give lower doses more often, so starting at 500mg every few hours can be a good way to dose. Good options from the pharmacy can include Sambucol lozenges which can provide relief for a scratchy sore throat or an irritating cough. The active ingredient is Elderberry so it is very useful for the cold symptoms as it supports the immune system and also has an antiviral action. The advantage of Sambucol is that it actually tastes much nicer than many other pharmacy options.

Homeopathically you look at matching the current symptom picture to the remedies. When you are first feeling unwell and unsure what has started a few doses of Aconite 30c may stop it developing further but you need to use it early in the piece. Its also indicated if you have been chilled or out in the cold and then start coughing or sneezing as soon as you go inside.

If your nose is dripping like a tap but its still clear mucous then Allium Cepa would be a good option. For those who cough because of a post nasal drip which is really quite irritating then consider Nux Vomica. This is usually given with “ripe” colds or often when symptoms have persisted for a little while. Where its more of a barking cough and the mucous is yellowish then Hepar Sulph would be indicated.

Sometimes however you start with yellowish mucous and coughing in the morning whereas in the afternoon its clearer and symptoms keep shifting, this means that Pulsatilla may be more useful.

With any homeopathic medicine its ideal to give it 3-4 times a day for a couple of days to decide if it’s the right remedy. Usually there will be reasonable improvement over that time.

One of the most common types of stomach problems is food poisoning, which is usually only symptomatic for 24-48 hours. Typically the best idea is to allow the body to remove the toxins and make sure hydration is adequate. Then re-introduce food slowly focussing on bland foods initially. Taking a prebiotic called Saccrmyces Boulardii can be useful in reducing the length of symptoms.

Homeopathic remedies that can be helpful include Arsenicum Album for any food poisoning symptoms, this may include vomiting or diarrhea as well as nausea. If the major symptom is nausea then Nux Vomica is often helpful and it its more like Bali Belly with everything shooting straight through then look at Podophyllum.

More about the author 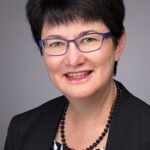 Christine Pope is a naturopath and nutritionist based at Elemental Health at St Ives. Her Natural Medicine First Aid workshop is running on 26 May at 11am if you would like more information – naturalmedicineweek.com.au/event/natural-medicine-first-aid-workshop/

Christine is an experienced natural medicine practitioner who provides a high standard of natural health care and enjoys treating complex acute and chronic conditions in men, women, children and babies. She is passionate about preventative medicine and addressing the underlying cause of a patient’s health problems.

Christine’s focus is on treating the individual and finding the right combination of diet, nutritional supplements and homeopathic medicines to improve their health. Homeopathy is a complete system of healing in itself and can be used to support clients with physical or emotional issues. Digestive problems including reflux, IBS, constipation and diarrhea often respond well to a combination of diet and homeopathic medicine and many clients can reduce or eliminate medication with regular treatment. One recent case however responded well to some simple dietary advice about regular consumption of vegetables, which cleared up a problem of over twenty years duration.

Christine publishes a blog with regular updates which can be found at www.christinepopenutritionist.com.